God Is Never on the Evening News

Some unknown,  unnamed, presumably non-existent person, long ago, said that we should never talk about sex, religion, and politics. Aside from this eliminating pretty much everything interesting worth discussing — including the weather since, with the growing mantra of “Global Change,” the weather is now political (and religious, actually) — this pithy little saying isn’t followed by anyone. 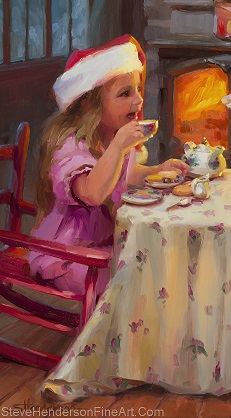 When we eat, when we walk, when we converse, we talk about the things that matter to us most. God’s a good topic to introduce into our lives. Detail from Tea for Two, original oil painting by Steve Henderson.

If it were, I wouldn’t know more details than I ever wanted to know about same sex . . .  sex.

I know about a lot of things — some of which are true, some of which are not — more than I have ever wanted to know: zombies, vampires, global warming, my distant relation to some frog that hopped out of the sea, interpretation of current events by highly paid news anchors who read off of teleprompters (come to think of it, don’t high-ranking political leaders do that as well?)

The quantity of information is vast and unrelenting, and while I hear about just about everything, the one thing, or Person, actually, who is rarely part of the conversation — personal or public — is God.

For some reason, while we can go into graphic detail about what should be private and intimate matters, the one subject that is politically incorrect and prominently taboo, is God. And yet, if He’s real (and quite a number of people believe that this is so), He should be as much a part of our conversation as He is of our lives.

Please follow the link and read the whole story at my Commonsense Christianity blog at BeliefNet — God — Coming out of the Closet. 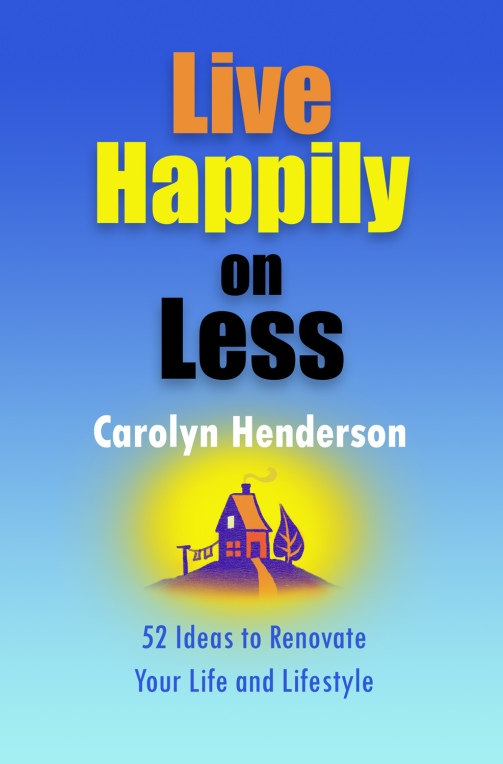 Interestingly, when God is part of our lives, it’s easier to live on less money, because we are trained to want less, and be thankful for more. Kindle and paperback at amazon.com

1 Response to God Is Never on the Evening News