Impatience Is Its Own Virtue 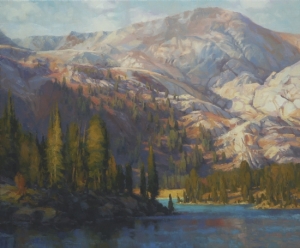 Generally speaking, impatience is not considered a virtue. As a naturally, incredibly, and overwhelmingly impatient person, I spent a portion of my younger years mentally castigating myself for my aggressive, get-it-done and push-it-through way of doing things.

I should be more patient, I told myself. Gentle, thoughtful, meek, understanding, compassionate, all that sort of thing. Anything but what I was.

Then I hit 40 (how many years since that event is insignificant). There is something about a woman who hits 40 — she doesn’t care anymore about what other people expect her to be or do. She has been it and done it long enough that she knows what works and what doesn’t.

And I began to realize that — while tapping my toe and getting screamingly irritated in a long line wasn’t an effective way to control blood pressure — getting on the phone and politely confronting someone pointblank who had been dithering about the answer to my pertinent situation wasn’t such a bad thing.

Mentally reviewing a longstanding social commitment that just wasn’t working and hadn’t been for a long time, and deciding to drop it from my schedule, decreased my stress level enormously.

Analyzing a relationship and coming to the conclusion that, though Christ said to forigive another person 70 times 7 times, this did not mean that I had to actively continue to pursue a relationship with a person who literally drained my batteries — freed me to pursue deeper, healthier interactions in other directions.

In contemplating the impatient people in my life, I see a common factor — many of them are creative. They have drive, determination, energy, imagination, and, ironically, perseverence (which requires patience). One reason that they are impatient is because they are working so diligently and steadfastedly toward a goal or goals that they do not have time for non-mitigating factors and what they see as pointless hoops through which to jump.

At the same time, many of these people are learning to channel and control their impatience, recognizing that waiting is sometimes part of the game, and that things happen even when, well, things don’t seem to be happening. Their impatience propels them forward; the wisdom they have gleaned through years of being battered about in the world causes them to breathe deep and acknowledge the wait.

I have always had the impression that the intellectual Christian writer, C.S. Lewis, was an impatient man, he himself having mentioned in his writings that his inclination tended toward this direction. I am acutely aware that it is far easier to read his writings than it would have been to sit across the desk and talk to him. But in reading his works, what jumps out is his creative, engaging mind and the depth of thought and imagination behind his thoughts and words. Impatience played its part in the total package of this amazing man.

Patience is a virtue, but impatience is an unusual, quirky, difficult-to-control gift.

Carolyn Henderson is the marketing manager of Steve Henderson Fine Art. She writes about life, art, and the art of life.
View all posts by This Woman Writes →
This entry was posted in Christian, Family, Humor, Uncategorized and tagged C.S. Lewis, impatience, middle age, middle aged, virtue. Bookmark the permalink.

1 Response to Impatience Is Its Own Virtue