Do you remember What Would Jesus Do?

It was a pop culture phenomenon in the 1990s, still limping along today, that prompted Christians to question their every action and thought, with the goal of aligning it to Christ’s message. And because it — like many “Christian” movements — was market driven, Christians were encouraged to buy bracelets with WWJD on them. 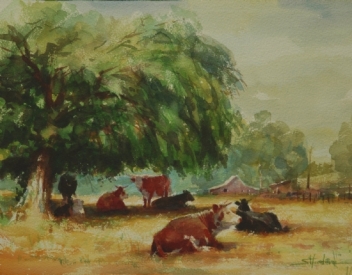 Apparently, the idea was not only to remind Christians of the message, since it’s incredibly difficult to remember four words in succession — What. Would. Jesus. Do? — but also to tease and tantalize outsiders (these are non-church attending people, by the way) into asking, “Say . . . what does that WWJD on your bracelet mean?”

Like most fads and Walt Disney movies, it crested and waned, and even enjoyed — as do the ubiquitous Disney princesses — being plastered across t-shirts and over an endless array of products. But, just like the movies, it carried too little substance to make a meaningful difference in the way that people act and think. (Positive impact, that is. Christian pop products, similar to their fairy tale counterparts, prompt confusion between fantasy and reality, to the point that pretty ditties like, “When you wish upon a star . . . Makes no difference who you are . . .  Anything your heart desires will come to you . . . ” take on the nature of prayer.)

Not a Bad Question

The sad part about What Would Jesus Do? is that it’s asking a valid question, one that bears reflection far beyond finger waggling at the dieter breaking their resolve with an Oreo cookie and chiding, “What would Jesus do00000000000?”

As children of our Father, with Jesus as our Elder Brother — the firstborn among many brothers and sisters (Romans 8:29) — to lead by example, we benefit greatly by truly asking, throughout the day, “How would Jesus act, or react, in a situation like this?” whether that situation is an encounter with our eminently unreasonable boss, some absolute idiot cutting us off in traffic, or being dumped, via text message, by the jerk who isn’t worth all the thoughts we spend on them. 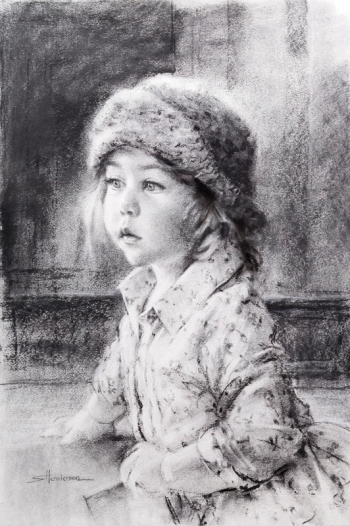 Children ask questions, and adults can learn from this habit. “What would Jesus do?” honestly asked without condemnation, is a good question. Curiosity, original charcoal by Steve Henderson

The point is, the situations are real, living situations, and if Jesus is to be a real, living factor in our lives, then He needs to enter into them. And one way He enters into them is by joining us as we go about our business.

Dallas Willard, in his excellent book, The Divine Conspiracy, described the situation like this:

“If he (Jesus) were to come today as he did then, he could carry out his mission through most any decent and useful occupation. He could be a clerk or accountant in a hardware store, a computer repairman, a banker, an editor, doctor, waiter, teacher, farmhand, lab technician, or construction worker. He could run a housecleaning service or repair automobiles.

“In other words, if he were to come today he could very well do what you do. He could very well live in your apartment or house, hold down your job, have your education and life prospects, and live within your family, surroundings, and time.”1

Words such as these prompt thought, but then again, unlike the acronyms or one liners assaulting us on social media, Superbowl ads, and sermons from the pulp, thoughtfully written words don’t fit on a bracelet, bumper sticker, or Tweet. Digesting them takes time and effort, and putting into practice concepts we learn requires a lifetime, one which we will more successfully live — from a meaningful standpoint — when we don’t allow our relationship with God to be reduced to purchasing a product, repeating a mantra (“It’s a God thing . . . ya know?”), or following a movement.

Jesus is, after all, real.

Thank you for joining me at This Woman Writes.

Posts complementing this one are

The Lost Christians of America

Is Jesus the (American) Way, Truth, and Life?

13 Responses to The Walt Disney World of American Christianity