Lost in the Box Store — Where Are the Socks?

For years, whenever I wanted to fully express the abject monotony of a mind-numbingly tedious task, I drew upon the comparison of buying a pack of socks.

How wrong I was. 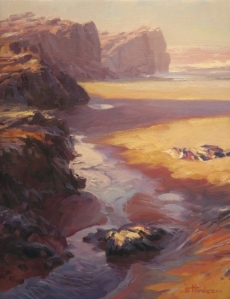 The path to purchasing socks, far from being straightforward and clear, winds and wends in an ever changing path. Expose by Steve Henderson

Humbled now, wrung by a recent shopping ordeal, I determined that never again will I discount so lightly an undertaking which, far from being simple, is intricately and multifariously complicated indeed.

This particular shopping fiasco started when the Norwegian Artist announced that all of his socks had died, interred in holey ground, and since I was the next lucky family member to be heading into town, would I pick him up a packet please?

Black. Crew length. Not cheap. The Norwegian is a man of simple tastes.

I picked a box store, any box store (they call them this, by the way, because these one-stop-to-shop-until-you-plop centers are rectangular and windowless, like a box) and headed to the men’s section where I found myself awkwardly surrounded by smiling cardboard cutout males in boxers, briefs, thongs (disturbing, I know), jammies, t-shirts, muscle shirts, a-shirts – but no socks.

Thrice I orbited the undie wall, captivated by the stuff that men wear out of sight under their jeans (Sage and purple stripes — Really? And down to your knees? I don’t think so) until the awkward glance of the sales associate young enough to be my son brought me back to reality. I wouldn’t want to ask someone who looked like my mother either why she was wedged, Twilight-Zone style, in the second most boring section of any store, the first being the sock department.

Which, in this store, apparently did not exist. 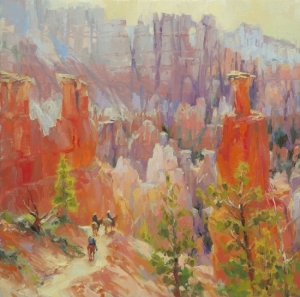 I would have had more luck finding the sock department in the midst of Bryce Canyon National Park than I did in the box store. Descent into Bryce, available as an original and a limited edition signed print, through Steve Henderson Fine Art

I left the smiling men, skirted through women’s lingerie, somehow found myself in the toothpaste aisle, ducked past the potted plants, and was ready to leave, defeated, when I decided to use the bathroom and found the sock section buried in the back corner with restrooms.

Who designs these floor plans anyway?

Unbeknownst — seriously, that’s how you spell it — to me, the hard part of the task was yet to come.

Do you know how many varieties of black, crew length, and definitely not cheap men’s socks are out there?

One brand divided itself into bronze, silver, and gold multiplicities, with updated market prices to match.

Another had an industrial, extra industrial, and super industrial strength, leading me to conclude that the plain industrial product must be flimsy in comparison to its brothers.

A third had a blue stripe across-the-toe, green stripe, and red stripe varieties, but no elucidation.

There were socks with tennis player on the packaging and suit-clad businessmen, with hikers and lumberjacks (side by side – is that a good idea?), and one giant bag with SOCKS blazoned across the front. I knew enough to avoid that one.

So much variety, so much color, so much beauty in one place — this describes the ocean, not the sock department. On the Horizon, available as an original and a limited edition, signed print through Steve Henderson Fine Art

I felt as if I were taking some massive multi-choice test in which all of the answers – A through K — looked exactly the same except for an extra comma in Sentence A, a semi-colon in B, a period in C, I could go on forever because I really do like punctuation, but I won’t because I see your eyes are getting glassy.

What I did do was close my eyes, grab a package, and run – not suspiciously so as to attract more attention than I already had – to the nearest and only functioning check stand in the store, where the woman ahead of me and the store associate were staring down, transfixed, at a pair of black men’s pants. They looked like they had been standing that way for a long time, and were planning to continue to do so for an equivalent duration.

There is a reason why I hand-knit all of my own socks.

By the way, if you like the artwork in these posts, feel free to check out the Steve Henderson Fine Art website, from whence (wow, it’s possible to actually use this word in every day communication) the works come. Steve, the Norwegian Artist, offers an impressive selection of signed prints, making art for real people’s walls an affordable reality.

4 Responses to Lost in the Box Store — Where Are the Socks?