How to Write a Resume – Part Three – Odds and Ends 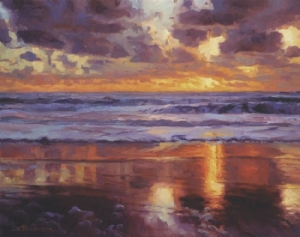 To get started on your resume, sit down at the keyboard or with a pad of paper and write out everything you can think of about yourself and your job and education history. Where did you go to school? What did you study? When did you graduate?

Over the last 10 years, what jobs have you held? What were your positions? Were there specific duties that you had?

Can you speak any foreign languages? Do you have specific computer skills? Can you type? Do you work well with people? Do you have writing skills? Speaking experience?

Write down everything, and synthesize from there. It’s better to have more information than less, with the corresponding ability to winnow down the excess.

Notice that the “I” is implied and left out. The listing of duties is an addendum to the job itself, necessary to describe more of what you are and what you do. If you write in the past tense (“worked,” “ordered,”) then write everything in the past tense. If you write in the present, then write it all in the present — just be consistent. (As they say, it’s okay to be wrong now and then, as long as you’re consistent about it.)

If many of your duties in various jobs are the same, consider starting the resume with a Summary of Skills, either in paragraph or bullet form, listing out your proficiency in computer software, management experience, people skills, office duties, whatever it is that you have done a lot throughout your career and don’t want to keep repeating after each job.

As far as the actual layout of your resume, remember that white space is a good thing. Your margins can be generous, and space between headings and descriptions within keep the body of the page from looking like chunks of black ants filling the area. Even if you have a lot to say, give your viewer’s eyes a chance to rest. Think of yourself when faced with a printed page that has no paragraphs, but just one line after another of type. It gets exhausting.

If you list something, maintain consistency of form: order inventory; maintain books; tidy shelves is consistent, because each item in the list is stated in verb/noun format; order inventory; book maintenance; shelves are tidied is not, because the first item is verb/noun; the second is adjective/noun; and the third is passive construction.

Punctuate consistently as well. Within a list, you may or may not put a comma before the final conjuntion (speak and write Spanish, English, and German) – just pick one way of doing it and do all the lists the same way.

Make sure that there are no typos, grammatical errors, or misspellings anywhere on the resume. Even one small error leaves a bad taste with picky people like me. To this end, print off a copy of your resume and read it with pencil in hand. After you have gone through the entire resume, word by word, start at the last sentence and go through it again, backwards. You will be amazed the things you catch when you do this.

Look for space issues, as in, two spaces between words instead of one — this is one of those hyper small things that you can catch when you read your resume backwards.

Ask a friend or relative to look through your resume and ask questions on what they see.

If you have an aspect of your work life that looks negative, such as a lot of jobs in a small amount of time, consider dropping some of the less important jobs or adding together similar jobs into one entry. As far as dates go, it is not necessary to list month and year; year alone will work, especially if the job lasted 10 months and you really don’t want to advertise this fact.

Community service and volunteer jobs are valid jobs, by the way, even if you didn’t get paid. They provide experience and require you to be on the spot even if there is no paycheck at the end of the cycle.
I’m sure I’m missing something, but this with Parts One and Two should give you enough to get started. Good luck, keep your head up, and believe in yourself.