The Issue of “Choice” 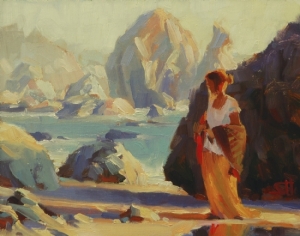 A teacher friend of ours raised his children with the concept of choices, as in,

“Do you think that was a good choice?”

“What were you thinking when you made that choice?”

He always sounded so patient, but I’m sure that, when outsiders weren’t around, the questions may have sounded more like,

“What in God’s name were you thinking — if that isn’t too powerful of a word — when you made that monumentally stupid CHOICE?”

The word choice is bandied about in this society where we, fortunately and unfortunately, have an array of options concerning everything from our lunch sandwich to our career.

In the potluck table of life, we’re allowed one pass through, with some people’s options stopping shortly after they have picked up the plastic cutlery, and others wending through all the way to the desserts — not much choice in that aspect. None of us really know if we’ll be called off the planet just as we’re deciding between the scalloped potatos with the cheese, or the dish that features ham but no cheese. 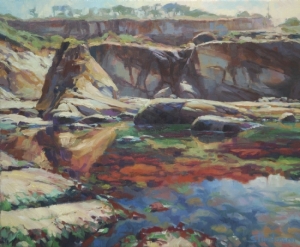 But while we’re here, we’re faced with choices, and one of the biggest is what we ultimately plan to do with our life. From the time we are very little, we announce that we will be a teacher or a fireman or a policeman (I have always liked those job titles — they’re so concrete and identifiable. Few 7-year-olds proclaim, “I really want to be an environmental consultant in offshore drilling litigation!”).

As a teenager, I decided that I wanted to be a journalist, despite my mother’s longing that I go into computers (Oh, please, mom. This was in the day of  punchcards and Cobol — which sounds like a misspelled color — and Fortran — always associated with after dinner cookies). My mother, being a mother, wanted me to choose a career that was secure, well-paying, and safe, and journalism just didn’t fit into that category.

As it turned out, I never wound up as a journalist, having found something that paid even less:

I became a homemaker.

I’ve heard it all before:  “Being a homemaker isn’t a choice nowadays — it’s a luxury!”

“Women work outside jobs PLUS take care of the house — what makes you think you’re so special?”

“What a waste of a brain — home with dirty diapers and sticky faces!”

I have always found it amusing that, in the early days of the feminist revolution, women were promised that they could do anything that they wanted to do, including stay at home with the kids, but when all is said and done, the particular potato casserole that is homemaking was taken off the table and put, well, in the kitchen.

The Norwegian Artist and I made a conscious decision, before the first child was incubating away, that I would stay home and focus on raising them. Now anyone familiar with the word artist probably associates the word starving in front of it, so enough said on the luxury aspect — only in Movie World do graphic artists make enough to afford waterfront property that isn’t the puddle formed in the street when the drains are plugged.

Without getting into the Mommy Wars of  us versus them, our particular choice involved exchanging more money for more time. Interestingly enough, in the process of cooking everything from scratch, shopping the thrift stores, and sitting down with our financial advisor to learn how to translate his words into English, I was able to set aside enough money to buy our 7 acres in the country where the Norwegian Artist and I literally built our home, which we own outright. The deed to the land reposes in our filing cabinet. Not bad for a single, very moderate, income.

The average office, with its cubicle world that looks like an experimental maze for rats, does not exude acadamia. Listening to most people talk about their day jobs, one gets the strong idea that life begins after 5 on Friday.

Even those people who find incredible satisfaction in their paid work also realize that they are much more than a teacher or a fire fighter or an environmental consultant in offshore drillling litigation. And within these proper, paying, real jobs, hours during the week are spent on mind-numbingly boring meetings, superfluous paperwork, and purposeless acitivity — dirty diapers are no treat, but unlike meetings, they eventually come to an end.

So what has my choice brought me? In more than 20 years, I have spent copious time around children — not just my own — of varying ages. Kids are a kick.I have run four businesses from the home, including the latest, Steve Henderson Fine Art. I’ve put in more writing hours than I did when I worked in public relations. In the process of homeschooling (“Good God! And she drinks goat milk, too”), I have revisited my trigonometry days, said bonjour again to French, and joined the debate club as the little feet and hands sprouted teenaged hormonal horns.

I spend as much time on laun

dry, dishes, and cleaning the toilet as my office counterparts do — really, homemakers do not finesse these domestic equivalents to filling out forms in triplicate — but I have had more mental time and energy to pursue my interests which, if I work hard enough, eventually become paying interests.

Oh, and I knit, sew, and cook. Not because my middle name is June (enough with picking on June already — gosh, Beave), but because I actually like doing these things.

6 Responses to The Issue of “Choice”