Fear God — Don’t Be Frightened by Him

Discipline is an ambiguous word, easily misunderstood because its two major applications are so at variance with one another. 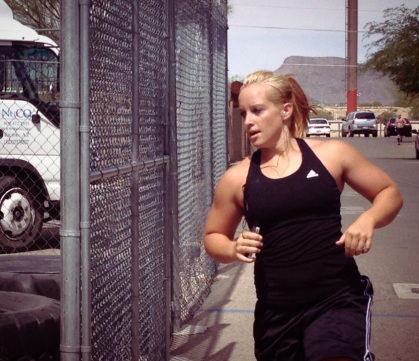 Athletes are disciplined — so also, should we be as children of God. It’s not easy, but it doesn’t have to be harsh. Photo credit Steve Henderson Fine Art.

In a good sense, discipline is what athletes do — training their bodies to achieve top performance through practice, hard work, persistence, attention to diet and daily living habits — in short, they demand much of themselves without approaching punishment. Anyone who chooses to do something well — fine art painting, knitting, gardening, cooking — disciplines themselves in such a way to achieve top performance.

In a bad sense, discipline involves hitting, striking, slapping, whipping, beating — something we associate wicked masters doing to slaves, or creepy reprobates inflicting upon dogs — and the ultimate goal is punishment as opposed to growth. This is not a diatribe upon spanking versus not spanking, so much as it is an observance that discipline — when its primary goal is punishment and/or humiliation — doesn’t work.

Please follow the link to read, The Discipline of God — something we dread because we tend to think that God thinks, and acts, the way we too frequently do. Quite mercifully, He is . . . merciful. I write regularly on Christianity at my BeliefNet column, Commonsense Christianity, and I would be delighted if you joined me there.