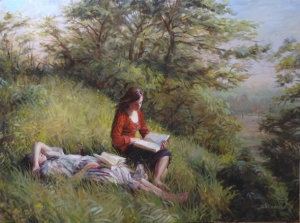 Tired of Being Youngest and I just returned from a mini-vacation at College Girl’s apartment.

For four days, the three of us slept late, wandered around in our jammies, watched movies, played card games, ate cake, noshed on Thai food, ate more cake, and took a daily walk to justify our calorie consumption.

And while I missed the males in my life, I was acutely aware that our vacation schedule would have looked strikingly different with the T-shirted Testosterone Pack in attendance.

You just can’t have a Girls’ Night with boys around.

Now College Girl’s apartment is just that — small, dark, old, messy despite the lack of furniture, not replete with a lot of material wealth unless you count the Polish bubble drinking mug (because, clearly, anything Polish is valuable) and the tea set initially from Pier One Imports and snatched up at the Goodwill. Trickle down economics.

“Mentally enter the Third World dimension,” College Girl advised me when I tried to use three of the four inoperable  burners on her stove. “It’s like camping; you just cook one thing at a time.” 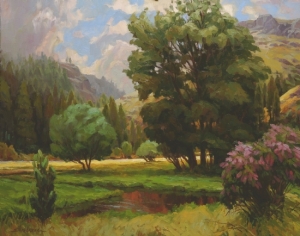 The Quiet Place, by the Norwegian Artist, Steve Henderson

And yet, despite her lack of material goods, College Girl is happy, because she’s young, healthy and energetic, likes what she’s studying, is grateful for being able to do so, enjoys her own roommate-less space, knows how to cook, has access to an ugly car, and knows that, despite the distance temporarily separating us, she is part of a quirky Norwegian/Polish family that understands one another, and that we will always be together, even when we are apart.

It was rainy when we departed, a day to match our mood, and on the long drive home — punctuated by sad, reflective songs to accentuate the water dripping down the windshield — I contemplated the bounty in my life, most of which cannot be charged to a credit card:

I have three daughters — three sympathetic females who understand PMS, mood swings, the frustrating tendency of males to look like they’re listening when they’re mentally building a gate for the goat pen, feeling fat days, and the importance of cake. Even if one of the daughters  is mad at me for some reason (and with adolescent and 20-something females, this is inevitable), one or two of them are not. I’ve always got a girlfriend.

The Son and Heir balances out all of this estrogen and progesterone. He climbs trees, carves animals and soldiers from wood that he picks up around the property, asks absurd questions, and argues with me, in a gentle fashion, about EVERYTHING. I think he considers me too opinionated. 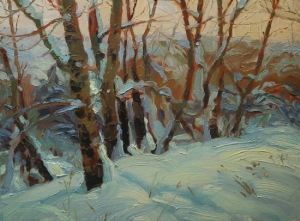 And then there’s my BFF, the Norwegian Artist. What can I say? I love this man.

Bonus track — the Toddler. When I sing nursery rhymes to her, it’s as if 20 years never happened. I’m back in Tiny Tinkie Dinkie World.

None of these “possessions” cost money.

Okay, okay — teenagers cost because they are Voracious Vultures that eat ALL THE TIME, but you know what I mean.

A minimal amount of stuff is nice — comfy bed, cute dishes, desks without missing drawers, a breathing car, YARN — but when all is stripped to its undies, it’s the people we love who give depth, dimension, and meaning to our life, and as far as material things go, it’s the items we use when we’re with these people that are the ones we toss in the car when we’re evacuating the premises, say, for a fire.

This we did, five years ago, when a line of flames crested the hill behind our house, and the progeny and I stuffed vehicles with the hand-painted Polish tea pot that holds each meal’s hot beverage, the family portraits skillfully captured by the Norwegian Artist, the tattered stuffed doggie that I clutched as a three-year-old and passed on to Tired of Being Youngest (that went over really well with College Girl and Eldest Supreme).

Yes, my computer’s important because that’s how I make my living. Ditto the paint and brushes and canvases at the Norwegian Artist’s studio. But those things are replaceable, and insurable.