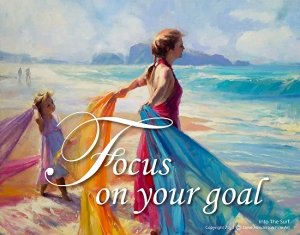 My mother did not homeschool me, but like most parents, she was a child’s first and best teacher, and throughout my public school education she filled in many, many gaps. Because of her, I know when to use “him and me” versus “he and I,” and have passed this wisdom on to my own children. (I can pass it on to yours, as well, through my book Grammar Despair.)

I also know my multiplication tables, because she went over them as she was styling my hair. Okay, so “styling” is a generous term, since she only knew one style, but what she lacked in cosmetology she more than made up for in general, real life wisdom.

And one of those gems of general, real life wisdom is one of the biggest lessons any of us can teach our kids, to their betterment and to that of our future grandchildren:

Learn to admit when you are wrong.

This is a surprisingly difficult thing to do, it doesn’t come naturally to any human being, and we have the impression that it will make us look weak and out of control. It takes a strong, wise person to admit that he is wrong, however, especially when the person to whom he is apologizing refuses to acknowledge that there is anything to correspondingly apologize for on his part. 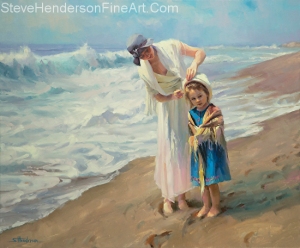 Such was frequently the case when my mother apologized to me, a teenager.

“That was a rude thing for me to say,” she would tell me. “I was impatient and thoughtless, and I apologize for snapping at you.”

Grumblingly, I accepted her words, not mature enough to reciprocate with my own admission of guilt, but she never added anything like,

“Your sullenness probably contributed to my impatience, you know.”

She didn’t have to. She was wise enough and mature enough to know that I knew this, and as time went by and I grew up and she pushed me toward doing so, I managed to apologize for my own foibles, thereby learning — from a master — the art of giving a proper apology:

It’s succinct, honest, not groveling, and not seeking to justify itself. One says it, makes physical amends if necessary and possible, and moves on. Whether or not the person to whom it is proffered accepts it, graciously or not, is not the responsibility of the person issuing it.

My favorite apology from mom involved the white station wagon that stalled all the time. When my brother and I mentioned this to her —  on a fairly regular basis in line with the number of times we found ourselves stuck at stop signs — she insisted that we were flooding the thing. That is, until the beast stalled on her.

“Well.” She sat back in the seat and stared through the windshield. “I think I owe you two an apology. And I think that we need to call the mechanic.” 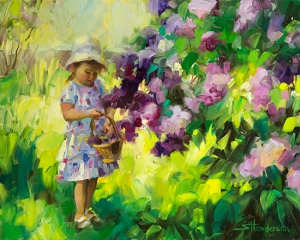 Small people? They have feelings, too, and a surprisingly strong sense of right and wrong. Lilac Festival, original oil painting by Steve Henderson.

Oh, that was sweet.

Too often, parents — especially homeschooling parents who also function as teachers, primary role models, and employers — feel that acknowledging and apologizing for our errors makes us look weak. In actuality, it is our firm denial and refusal to admit our faults that causes us to lose face in our children’s eyes.

By not apologizing to someone whom we have wronged — even if that person is 6-years-old — we are effectively saying, “You’re not important enough for me to make amends to. You have to apologize to me when you’re wrong, but I don’t have to do the same for you.” This may, and can, work while the kids are young and under our roof, but we will not always be the captain of the army, and one day they will grow up and go away. One hopes that they will not grow away from us, tired of our inflexibility and insistence upon always being right.

There is a sense of relief in not having to play the part of a god or goddess, ruling over the minions in our charge with an iron fist and inflexible sense of superiority. You’ll make mistakes. We all do. But the best, and most honest, way to teach your children how to deal with the repercussions of these mistakes is the example you set: admitting that you did something wrong, making the necessary reparations, and moving on.

Join me on Thursdays for articles on Homeschooling, something our family has successfully been doing for 20 years. You can find my book, Grammar Despair, on Amazon.com, as well as Live Happily on Less — an easy-to-read book of essays that will help you manage your finances more successfully. We’ve been doing that for 30 years, and unlike the majority of people, we actually own our home, mortgage-free.

this site Wednesdays, and three times a week I write for my BeliefNet Blog, Commonsense Christianity. My goal is to encourage people to seek God, find Him, and build a strong, individual relationship with Him. Many (not all!) homeschoolers are Christians who focus on teaching their children to memorize Bible verses and read through the stories — this is good, but if we do not teach them, as well, to learn from Christ, and not parrot back everything they are told by the pastor, the Sunday School teacher, or the elder board, then we are raising weak Christians.

If your child asks you a question that you can’t answer, rejoice. He or she is thinking, and trying to reconcile real life issues with the concept of a good, loving, merciful God.

Embrace and love your family this week — they are a gift from God.