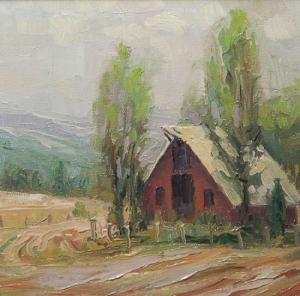 Between the two of us, the Norwegian Artist and I have lived in some 20-plus small towns.

Obviously, we enjoy the experience, or we’d be in some bustling metropolis by now, something with, say, 50,000 souls and a throbbing nightlife. Quite honestly, the only nightlife one finds in a small town is the opossum scurrying across the road ahead of the pick-up. Considering that we wind down by sitting on the porch, glass of wine or cup of tea in hand, chatting about which cat caught what mouse that day, well, the opossum chase is pretty exciting.

Small towns have an aura and companionable energy about them that make them places worth living.

That said, there is one aspect of small towns that is vexing enough that one has to learn to work around it, and it is best represented by the concept of barn cats and their progeny. Generally, it goes like this: male barn cat meets female barn cat and they hit the night club scene. Female barn cat has kittens, male and female. Female barn cat then links up with the original model or one of the new ones, and the initial batch of kittens hooks up with one another. This goes on, generation after generation, until you wind up with two things: 1) a lot of barn cats and 2) a tired and exhausted gene pool.

How it works in western small towns is like this: sometime in the 1880s, two or three brothers with a last name like Bart’n, Wils’n, Griff”n or some similar bi-syllabic surname that is pronounced as a monosyllable, settled down in an area, found each of themselves a wom’n, and prolifically propagated, with an initial production of some 5-11 children per brother. Unlike cats, these children found themselves spouses who weren’t siblings or cousins, and continued the line of Monosyllabic First Families of the County.

Obviously, if everyone stayed in one place, there would no longer be a small town, but a number of residents left for big cities and assimilated themselves into the population pot. Back on the farm, however, enough of the descendents hung around, inheriting land and the brothers’ name.  An afternoon with many of these people is filled with funny stories and memories of great-great-great-great-second cousins. The tone of the town rings to the song of these descendents. 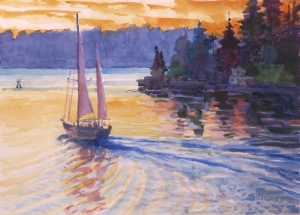 Some of the descendents, however, operate under a sense of entitlement that, because of their association with the initial monosyllabic brothers, separates them from the Rest of the Town, to wit, people like the Norwegian Artist and me, who may only have 5 or 10 years residence in the area.

I was at the local local mechanic’s the other day to get my car lubed and oiled — as per an appointment I had made days before — and was just handing my keys to the very young mechanic when a Monosyllabic First Family of the County Man lumbered over. “M’tahre’s flat,” he told the mechanic.

The mechanic looked at me, looked at the MFFC, and froze. Actually, this is what the opossum does before it gets flattened by the pick up.

“I have an appointment,” I said, “one that I made three days ago. And I need to be out of here in an hour and a half. I made that clear when I made the appointment.”

The MFFC did not budge.

At nine o’clock in the morning? 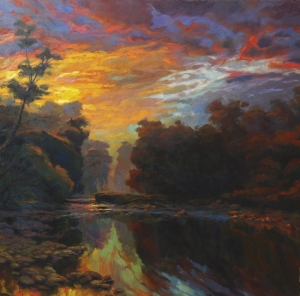 Actually, I sympathized with the mechanic, faced with an apoplectic male whose sense of prerogative equalled that of a British Lord (albeit one in a t-shirt and baseball cap) and an irritated woman the age and demeanor of his mother.

So he did the presidential thing: he tried to placate both of us.

I don’t know, or care, about the MFFC and his “tahre,” but I picked up my car a mere 15 minutes later than earlier promised. The mechanic was smiling (with relief?), and we maintain an excellent professional relationship.

This is more than can be said about my relationship with the area’s overbearing MFFCs, having found that the best way to deal with these people is to treat them like anyone else. Those who recognize that a distant descendental relationship to someone who, 130 years ago, settled in the area and had lots of children, is really no claim to fame or precedence, are charming friends and acquaintances. Their long association with the area, complete with colorful stories and insiders’ insight, adds to their verve and charm.

Those who don’t get this, however, well, let’s just say that they don’t make it to the A-list.

I mean, really, did we emigrate from the lands of Barons and Lords and Dukes and Viscounts and Tribal Chieftains and Princes and Emperors only to replace them with red-faced, heart-attack-prone, t-shirt garbed, “tahre” challenged despots in baseball caps?