Market Manipulation, Roasted Chicken, and You

I don’t know about you, but I get vaguely irritated when I realize that I’m being manipulated.

And given the marketing climate in which our society operates, this means that if I don’t watch it, I spend two thirds of my day in a vaguely irritated state. The rest of the time I’m sleeping. 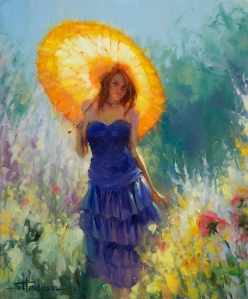 I prefer being in a peaceful state of coexistence with my environment. Promenade, original and prints, by Steve Henderson

The other day I was at the grocery store, humming happily to myself because I was there to pick up a prepared chicken for dinner and would be off the hook for dinner that night. A bright yellow piece of paper with a sickly looking fowl drawn on it announced:

Wow. That was $8 off. At that price, I could understand the exclamation points.

And then I read the fine print, which actually wasn’t print, but nearly illegible scribble at the bottom of the page:

“With purchase of 10 Happy Mac’n Noodle Ultra-processed Pasta Products in an Envelope at $1 each.”

Hmm. A vaguely familiar feeling began creeping through the tissue fiber of my muscles. I stared at the sick chicken, multiplying $1 by 10 and then adding it to $2.99; I came up with $12.99, more than the cost of the dinner I was intending to purchase, but oh! I would also have 10 packages of powdered grain by-product that I really didn’t want. For some reason, I felt less consoled than I did that someone was tugging me on my arm, urging me to take advantage of this wondrous, wondrous deal.

Every so often I allow myself a rest from meal preparation. Take Time for Tea poster by Steve Henderson

Before you point out that I’m being self-righteous here, and that my 8-piece meal is not a sterling example of natural, organic taste and elegance, yeah, I know. I give myself a day off, once a week. This should make you feel better, actually, recognizing that I’m not a purist and certainly don’t expect you to be, and that you can be concerned about what you eat on a regular basis without having to be perfect about it. I eat ice cream, too, sometimes when I’m standing over the sink.

You really don’t have to feel intimidated by me.

Well, back to the chicken. I don’t know how long I stood there, dithering; I’m not sure if my thoughts were audible or not, but I don’t think my lips were moving. Eventually, I paid the normal price and walked out without the by-product, on the way passing signs that offered two packs of cookies for every gallon of milk purchased (good thing we milk goats), a jar of jam that would stand up on its own if the jar were removed for three loaves of bread (learn to make your own bread; it’s worth it), and a container of salsa with purchase of a Complete Taco Making Kit, complete, that is, except for the meat, lettuce, tomatoes, and sour cream.

Why don’t manufacturers offer two bananas for the purchase of 6 apples?

Oh, that’s right — because manufacturers don’t make bananas and apples, at least not yet. Actually, that’s a good thing. Manufacturers, and large industrial conglomerations, should not be creating our fruits and vegetables. Or patenting their seeds, come to think of it. 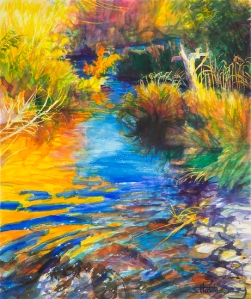 The natural world is a beautiful place, whether it is represented in our kitchen cupboards or in our back yards. Autumnal Reflections by Steve Henderson

But what manufacturers do make are hyper-packaged products that they want to get us to eat, and depend on, and for that reason they’ll offer deals that aren’t really deals and trick our minds into thinking that we’re getting something, when we’re really not.

If this irritates you, that’s good, because it shows that you recognize you’re being manipulated. The happy humming feel resulting from your perspicacity cancels out the irritated feeling at being manipulated, and you walk out of the store in a neutral state.

This article was originally published in ThoughtfulWomen.org.